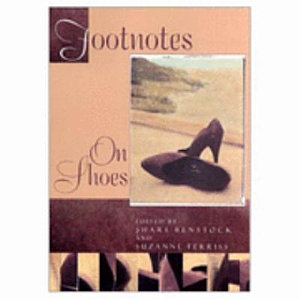 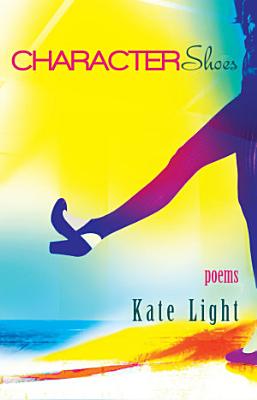 Character Shoes, Kate Light’s posthumous collection, exhilarates and enchants like a command performance. The gifts and the curse of the young Sleeping Beauty in Tchaikovski’s ballet (“Some fairy picked/ and pricked her for all time”) become a metaphor for the initial spark of inspiration within the child whose life would be spent in the performing arts. Whether Light’s subject is the pursuit and performance of onstage excellence, the power of love for good or ill, or the joys and challenges of wordsmithing, the poems of this beloved New York City Opera violinist are always entertaining and enlightening.

Kate Light published her first three books in a little less than ten years, which perhaps did not allow enough time for those of us who read her work then to realize just how original a poet Kate was, in her intricate music, her uncommon measures, her unsparingly personal matter. Now we have her fourth book of poems and sonnets, Character Shoes, a posthumous work that gathers most of the lyric poems she wrote in the years after those books appeared. One can only hope that many new readers will be drawn to this most personal of poets and share her work for its grace, courage, and elegance.
— Charles Martin

Whatever their subjects—childhood recollections, a trip to Italy, the life of a dancer and musician, relationships both happy and unhappy, or language itself—the poems of Character Shoes are distinguished throughout by the sparkling wit, mastery of craft, and depth of feeling that inform Kate Light’s unique body of work. The last poem in this last book of hers begins, “Words, we ask so much of you.” What she asked of the words she chose was answered in the form of these beautiful and memorable poems.
— Michael Palma

In Character Shoes, we see how early engagement with the arts fired Kate Light with an unquenchable creative flame. Light’s instantly recognizable voice is conversational and most often informally formal. Add the twists and turns of a mind in the act of thinking, wit, drama, dialogue, and the voltage of rhyme and you have the strategies that are her second nature. The one word not to be found in this book is cancer. It is, indeed, a book of life. Everyday life makes its appearance in the animated camaraderie of an opera rehearsal, train rides, portraits of people met, and musings on how technology has changed the course of courtship. There is another relationship that Light holds dear: that with the reader. How good it is to say that this relationship endures.
— Suzanne Noguere (from the foreword)

Kate Light's works include three previous volumes of poetry: Gravity’s Dream (winner of the Donald Justice Award), Open Slowly (Zoo Press), and The Laws of Falling Bodies (winner of the Nicholas Roerich Prize). Her poetry has appeared in the Paris Review, the Hudson Review, Washington Post Book World, Feminist Studies, the Dark Horse, Mezzo-Camin, the Formalist, Evansville Review, New York Sun, the anthologies Western Wind, Villanelles, Obsession: Sestinas in the 21st Century, Poetry Daily, The Penguin Book of the Sonnet, Garrison Keillor’s Good Poems for Hard Times among other publications, and was featured in the Durham, NC, “Poetry on the Bus” series, as well as several times on Keillor's the Writers Almanac. Author of several multi-genre works, including libretti and lyrics, she read widely, taught at Hunter College, and was also a professional violinist. Kate died on April 13, 2016, of complications from breast cancer. 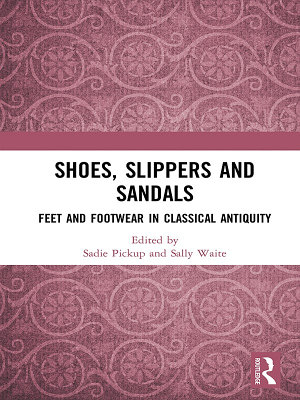 by Sadie Pickup, Shoes Slippers And Sandals Books available in PDF, EPUB, Mobi Format. Download Shoes Slippers And Sandals books, This edited volume groups research on the significance of ancient feet and footwear, much of which was presented, discussed and reviewed at the conference: Shoes, Slippers and Sandals: Feet and Footwear in Antiquity, held at Newcastle University and the Great North Museum from 29 June–1 July 2015. Ancient dress and adornment have received significant consideration in recent scholarship, though, strikingly, feet and footwear have featured relatively little in this discussion. This volume aims to rectify this imbalance through its fifteen chapters covering a wide range of aspects associated with feet and footwear in classical antiquity. Contributions are grouped under four headings: ‘Envisaging footwear’, ‘Following footprints’, ‘One from a pair’ and ‘Between representation and reality’, reflecting the broad range and interdisciplinary nature of the approaches undertaken. 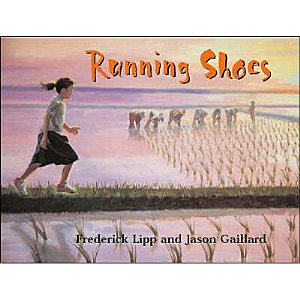 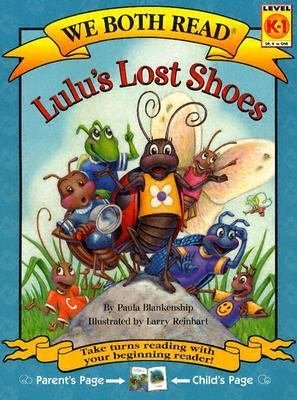 by Paula Blankenship, Lulu S Lost Shoes Books available in PDF, EPUB, Mobi Format. Download Lulu S Lost Shoes books, Lulu the ladybug is late for school, but she can't find her shoes, so all of her friends get off of the school bus to help her look for them. 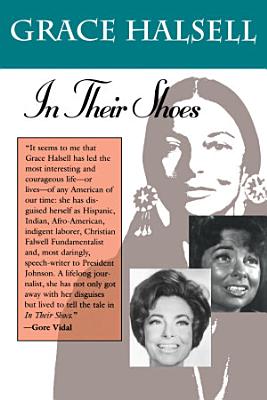 In Their Shoes Book Description

by Grace Halsell, In Their Shoes Books available in PDF, EPUB, Mobi Format. Download In Their Shoes books, Probably no American journalist, man or woman, has had a more extraordinary career than Grace Halsell. Before President Lyndon Johnson personally hired her to work in the White House, Halsell had, over a period of two decades, written her way around the world - Europe, the Middle East, Africa, the Orient, and the Americas. Born on the windswept plains of West Texas, Halsell was encouraged from the age of five by her pioneer father, who had led cattle drives on the Chisolm Trail, "to travel, to get the benefit" of knowing other peoples. She began her travels at the age of twenty, going first to Mexico and then touring the British Isles by bicycle. Halsell studied at the Sorbonne in Paris and lived in London, Tokyo, Berlin, and Seoul. In Hong Kong, where she lived on a fishing junk with a Chineses family of nineteen, she wrote a column for the Tiger Standard; in Tokyo, where she slept on tatami mats, ate raw fish and took scalding ofuro baths, she was a columnist for the Japan Times. Moving to South America, she traveled on a tug for 2,000 miles down the Amazon and crossed the Andes by jeep. In Lima, she became a columnist for the Spanish-langauge daily, La Prensa. Halsell has seen the Big Buddha, the Taj Mahal, the pyramids and the Machu Micchu, has interviewed presidents, movie stars, kinds, and prime ministers. Her newspaper dispatches for the New York Herald Tribune, the New York Post, and the Christian Science Monitor have datelined war zones in Korea, Vietnam, and Bosnia, as well as Russia, China, Macedonia, and Albania. 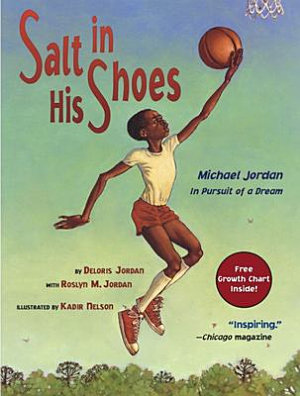 Salt In His Shoes Book Description

by Deloris Jordan, Salt In His Shoes Books available in PDF, EPUB, Mobi Format. Download Salt In His Shoes books, Young Michael Jordan, who is smaller than the other players, learns that determination and hard work are more important than size when playing the game of basketball. 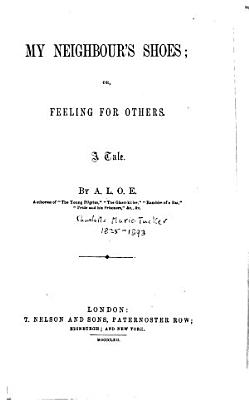 My Neighbour S Shoes Or Feeling For Others Book Description 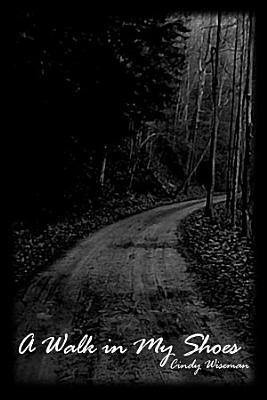 Take A Walk In My Shoes Book Description 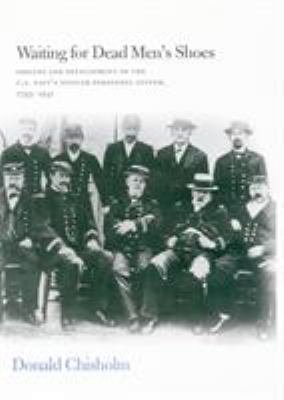 by Donald Chisholm, Waiting For Dead Men S Shoes Books available in PDF, EPUB, Mobi Format. Download Waiting For Dead Men S Shoes books, This monumental study provides an innovative and powerful means for understanding institutions by applying problem solving theory to the creation and elaboration of formal organizational rules and procedures. Based on a meticulously researched historical analysis of the U.S. Navys officer personnel system from its beginnings to 1941, the book is informed by developments in cognitive psychology, cognitive science, operations research, and management science. It also offers important insights into the development of the American administrative state, highlighting broader societal conflicts over equity, efficiency, and economy. Considering the Navys personnel system as an institution, the book shows that changes in that system resulted from a long-term process of institutional design, in which formal rules and procedures are established and elaborated. Institutional design is here understood as a problem-solving process comprising day-to-day efforts of many decision makers to resolve the difficulties that block completion of their tasks. The officer personnel system is treated as a problem of organized complexity, with many components interacting in systematic, intricate ways, its structure usually imperfectly understood by the participants. Consequently, much problem solving entails decomposing the larger problem into smaller, more manageable components, closing open constraints, and balancing competing value premises. The author finds that decision makers are unlikely to generate many alternatives, since searching for existing solutions elsewhere or inventing new ones is an expensive, difficult enterprise. Choice is usually a matter of accepting, rejecting, or modifying a single solution. Because time constraints force decisions before problems are well structured, errors are frequently made, problem components are at best only partially addressed, and the chosen solution may not solve the problem at all and even if it does is likely to generate unanticipated side-effects that worsen other problem components. In its definitive treatment of a critical but hitherto entirely unresearched dimension of the administration of the U.S. Navy, the book provides full details over time concerning the elaboration of officer grades and titles, creation of promotion by selection, sea duty requirements, graded retirement, staff-line conflicts, the establishment of the Reserve, and such unusual subjects as tombstone promotions. In the process, it transcends the specifics of the personnel system to give a broad picture of the Navys history over the first century and a half of its development.